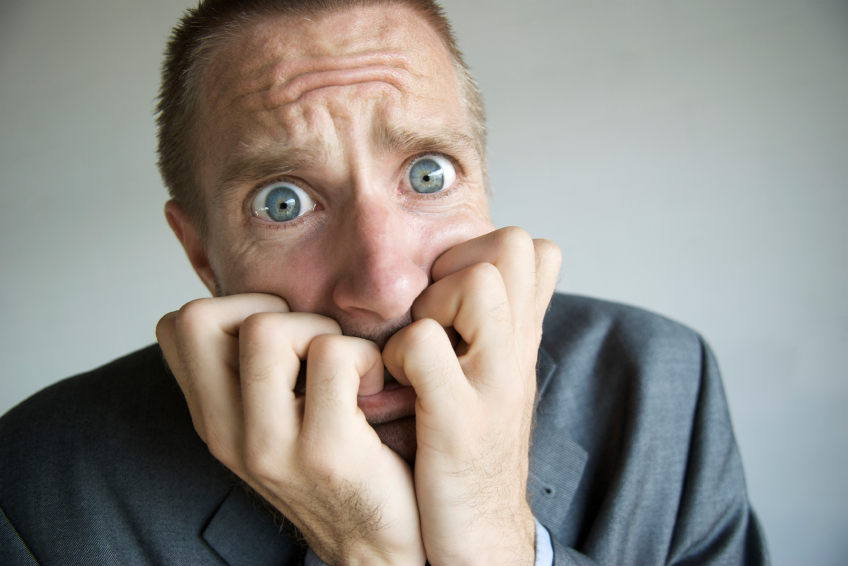 Are you a worry wart? A nervous Nellie? Do you constantly fret about everything and anything from your health to how you are perceived at work to whether or not a terror strike is imminent?

If this sounds like you, then you may be worrying your life away. This excessive worry doesn’t just affect your mental health; it also can wreak havoc on your physical well-being. That’s why WebMD spoke with experts about the reasons some of us worry excessively — and ways to break this cycle and regain your life.

Who Are the Worriers?

Why are some people so prone to “what if disease,” while others merely worry about something when it happens?

There are several reasons, explains Robert L. Leahy, PhD, the author of The Worry Cure: 7 Steps to Stop Worry From Stopping You and the director of the American Institute for Cognitive Therapy in New York City.

“There is a genetic component,” he says. “There are also nurture or non-nurture factors.”

For example, people who come from divorced homes are 70% more likely to have generalized anxiety disorder — characterized by chronic anxiety, exaggerated worry, and tension.

Overprotective parents tend to raise worriers as well, he says. “Reverse parenting may also play a role.” This occurs when the child is taking care of the parents because they are not functioning well.

“There is probably is a biological component to chronic worry, but there is also an early environment component,” agrees Sandy Taub, PsyD, a psychologist and psychoanalyst in private practice in Wilmington, Del. “The feeling of safety that ‘my mother will keep me safe’ should be internalized and grow along with you so that, for the most part, you feel secure,” she explains.

“But if you had a mom who was not as available and not consistent, you can develop the mind-set that the world is not such a safe place.” Divorce and overprotection can also gnaw away at a person’s feelings of internal safety and security.

What Makes Us Worry?

So now we know who worries, but why do they worry? “People worry because they think something bad will happen or could happen, so they activate a hypervigilant strategy of worry and think that ‘if I worry I can prevent this bad thing from happening or catch it early,'” Leahy says. Put another way: If you didn’t worry, things might get out of hand. The worrier’s credo is that if you can simply imagine something bad happening, it’s your responsibility to worry about it.

And all this worry can affect your physical as well as your mental health. Worriers tend to be overutilizers of the health care system, meaning they see their doctor for just about every ache and pain, Leahy says.

“Worriers are more likely to have irritable bowel syndrome, nausea, fatigue, and aches and pains,” he says. In addition, 93% of people with generalized anxiety disorder also have an overlapping psychiatric disorder such as depression, according to Leahy.

Do You Worry Too Much?

Worrying doesn’t always deserve such a bad rap. Sometimes worry is a good thing, says Bruce Levin, MD, a psychiatrist and psychoanalyst in Plymouth Meeting, Pa. “If there is an actual threat then there is something to worry about,” he says. “If you run into a bear in the woods, you have something to worry about.” In these cases, “not worrying may be more of a problem than to worry.”

“It depends on the degree to which that disproportionate worry affects you and how much you are suffering and how much it limits you,” he says. “If it’s posing interference in your life or is enough of a problem or nuisance that you are distressed, the good news is there is help.”

1.) Make a list of your worries. Identify what you are worried about, says Leahy.

2.) Analyze the list. “Look at whether your worry is productive or unproductive,” Leahy says. A productive worry is one that you can do something about right now. For example, “I am going to Italy, so I may be worried about making plane and hotel reservations,” he says. “This is a productive worry because I can take action now by going online to make reservations.”

By contrast, an unproductive worry is one which you can’t do anything about. “It is more of a proliferation of ‘what ifs,’ over which you have no control and there is no productive action that will lead to a solution,” Leahy says. For example, losing sleep and worrying about whether or not you will get cancer is unproductive.

For example, you very well may get cancer some day as no one really knows what the future holds. “Many worried people equate uncertainty with a bad outcome, but uncertainty is really neutral,” he says. “When you accept uncertainty, you don’t have to worry anymore. Acceptance means noticing that uncertainty exists and letting go and focusing on the things that you can control, enjoy, or appreciate.”

7.) “Ask yourself, ‘What can I do in the present moment to make my life more pleasant or meaningful?'” he says. “You can either focus your mind on getting an answer right now or focus on improving the moment.” The latter is the better strategy. Take a deep breath, read, or listen to music to stop the clock and curtail your anxiety.

Remember that it’s never as bad as you think it will be. Anxiety or worry is all about anticipation. The ‘what ifs’ are always way worse than how you feel when something actually happens. “Worriers tend to worry about things that even if they happen, they can handle it,” Leahy says. “Worriers are actually good at handling real problems.”

8.) Cry out loud. “The emotional part of the brain — the amygdala — is suppressed when you worry,” Leahy explains. “The emotion kicks in later with gastrointestinal symptoms, fatigue or rapid heart rate. Use your emotions; don’t try to get rid of them because when you are crying or angry, you are not worried.”

9.) Talk about it. Beside the cognitive therapy techniques mentioned above — which can help change troublesome behaviors — talk therapy can also help chronic worriers worry less by getting to the root of their issues. Often talk therapy and cognitive behavior therapy can work together, Taub says.

“Each individual needs to understand what causes their anxiety or what it is related to,” she says. “If you dig deep enough and go back to the early bases, it goes away because you have gotten to its roots.”