Glucose Meters: What’s on the Horizon? 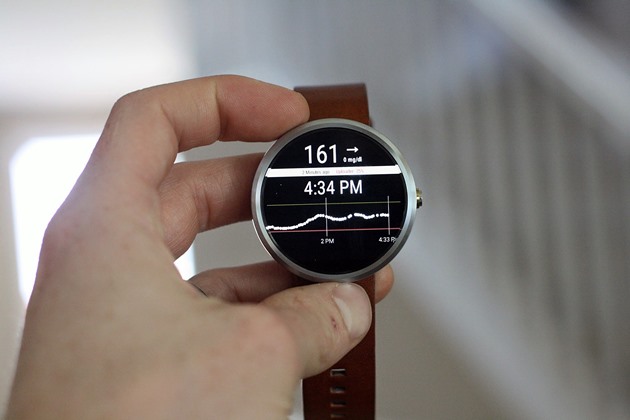 If you’ve got diabetes, regular blood glucose (sugar) testing is a fact of life. And getting your all-important glucose level has become easier. Today’s glucose meters are more sensitive, and require less blood — which likely equates with less pain. That advance has been a big one for people with diabetes. But will the “ouch” ever go away?

Researchers are hard at work — developing special contact lenses, fluorescent “tattoos,” infrared devices, and smart sensors to decipher your glucose levels — with them being “ouchless” as their goal. In some cases, no blood testing is required — maybe one prick at the most.

Guenther Boden, MD, chief of endocrinology at Temple University School of Medicine, has monitored developments in this field over the last few decades.

“The GlucoWatch Biographer seemed like the answer,” Boden tells WebMD. “The underside of the watch has a membrane that can suck interstitial fluid through the skin; get ‘juice’ out of skin, so to speak. And that’s what you need to measure glucose; you need to get some body fluid. The technology seems to work. But skin irritation has been a problem for some people.”

That problem is being corrected, says Audrey Finkelstein, a spokeswoman for Animas Corporation, the product’s maker. “We are presently working on Biographer III, which will combine the Biographer with tiny microneedles that will extract fluid to provide a better blood sample than is possible with other technologies. It will also greatly reduce or even eradicate skin irritation.”

Products like GlucoWatch are good at alerting patients to impending danger — especially necessary during sleep hours. “It’s a dangerous thing for people to buy a product like this, thinking they won’t need to do finger sticks anymore … You simply can’t replace finger stick testing if you want to be safe and healthy,” Finkelstein tells WebMD.

Another device that tracks glucose trends — Medtronic’s continuous glucose monitoring device, the “Guardian,” which received FDA approval in February 2004. That device isn’t very patient-friendly, says Boden. It provides data that is downloadable by physicians, so that 72-hour glucose trends can be monitored. But patients don’t get any immediate readings. Also, measurements during night hours have been inaccurate. Medtronic “is working very hard to solve that problem,” Boden tells WebMD.

Indeed, a refined version of that device is in clinical trials in Europe right now, says Deanne McLaughlin, of Medtronic Diabetes. Continuous glucose monitoring “has given patients a better understanding of the impact of their treatment, diet, and activity levels on their glucose levels,” McLaughlin tells WebMD. Regarding the refined device, “we are very excited about ‘real-time’ readings and the potential … for helping patients improve their blood sugar control.”

Beyond that, “We’re really still at the finger-sticking stage,” Boden tells WebMD. “There are a zillion different machines to measure blood, and they have gotten better. The biggest advance is that the new types use much less blood. That means you don’t have to stick your finger — you can stick the underside of your arm, where it doesn’t hurt. The pain sensors in your arm are very far apart, whereas they’re very dense in your fingertip. That’s made the biggest difference.”

As for new meters in the development pipeline, the jury is still out. Here are a few that caught our attention.

See It in Your Eyes

Like the 1970s mood rings, your contact lenses could someday reflect your glucose level. With one glance in a mirror, you’ll see whether you’re headed for trouble.

This eye-opening innovation has been a 20-year-long project headed by Sanford Asher, PhD, professor of chemistry at the University of Pittsburgh Medical Center. “We’re making great progress,” Asher tells WebMD. “We expect to go to the FDA in another year. We’re not sure how extensive clinical trials will need to be, given the experience with soft contact lenses.”

Here’s how it works: A thin plastic sensor is embedded in a typical soft contact lens; the type you replace weekly, explains Asher. The sensor detects the amount of glucose in the tears — and changes color accordingly. On the eye, the sensor appears as a slim crescent of color in the lower area of the iris, below the pupil — a hint of green (normal), blue (hypoglycemic – low blood sugar), or violet (very hypoglycemic). Other colors reflect high blood sugar levels, or hyperglycemia.

Asher’s research group has performed “the definitive study confirming that tears can provide an accurate measurement of the body’s glucose level,” he tells WebMD. That was challenging, since tears resulting from any stressful trigger have a higher-than-normal amount of glucose. “If I make you cry, your tears are sweeter than normal,” says Asher. His research group overcame the obstacle, developing their own innovative method to obtain sufficient normal tears for their study.

A Palm Pilot monitor or special mirror may be developed to help patients determine their exact glucose level. “No finger pricks are required,” Asher tells WebMD. “In fact, this is more accurate than finger pricks because monitoring is continuous… the color keeps changing, letting you know if you’re heading into hypoglycemia or hyperglycemia.”

Tattoos inspired another novel device. The concept: Instead of just putting ink particles under the skin, why not put beads that would glow differently as glucose levels change in the body?

At Texas A&M University in College Station, engineers and chemists have developed fluorescent colored beads that do just that — they glow differently as the blood glucose level changes, explains Gerard Cote, a biomedical engineering professor.

The beads are contained within a very thin, hair-like sheath. That sheath is inserted below skin level. When an LED light (on a wristwatch) shines on that area of skin, the beads glow — their color revealing the glucose level. The LED monitor also registers the exact glucose value. An alarm would sound if you’re nearing hypoglycemia.

Kids love the concept. There’s a definite “cool factor,” he tells WebMD. “Kids get so embarrassed about having to check their glucose around their friends. Now I’ve got kids saying, ‘Tattoo me!'” One note: This ‘tattoo’ leaves no ‘real’ tattoo like a butterfly or heart — kids will have to get that elsewhere.

For those who may experience a blood sugar problem at night, the day-glow monitor will help in taking quick readings in the dark. “Many times, it’s their partner who wakes them up because they’re sweating, and need to take a sugar pill (to raise their blood sugar). With this LED monitor, they can pull it out and read their glucose any time during the night,” he explains. With this implant, there is no need for any finger pricks, he adds.

Cote has an NIH grant pending. “If we get that grant, we can proceed with animal studies. We still have a few years left before we test it on human patients,” he says.

A beam of infrared light is literally shining light on glucose levels. Several developers are testing devices that shine near-infrared light onto your skin. Some of the light is absorbed by fat and protein in body tissue. The light that is not absorbed — and the information it contains — is reflected back to a receiver that reports the blood glucose value.

Stephen Monfre, PhD, with Sensys Medical in Chandler, Ariz., has developed one such device, which has already been refined through multiple clinical trials. The infrared device is “about the size of a portable laptop device,” Monfre tells WebMD. To use it, you hold a “sensor head” to your forearm, which emits the infrared light to the laptop for analysis — to report your glucose level.

His company is getting the device ready for clinical trials. “We are hoping to go to the FDA in early 2006,” says Monfre. Presently, the device needs one finger prick a day to be calibrated. “We think long term we can eliminate that, but that takes more research and more money and funding is hard to get.”

Sensors are getting big buzz, too — sensors that provide continuous 24-hour glucose monitoring, that is. Several companies are vying to produce the best of these sensors. With each, the sensor is worn on the body (like a disposable patch) and can “read” glucose levels in the body. Then it sends the information to a receiver that you carry or wear on a belt. In most cases, an alarm sounds when glucose levels go too low or too high.

The patches aren’t quite like peel-and-stick smoking cessation patches. There’s some type of skin preparation involved with each — typically, a sensor must be inserted under the skin. To calibrate these new-style monitors, patients still must do the finger prick glucose test — but just twice or so daily.

Abbott Laboratories’ version, called Freestyle Navigator, is under review by the FDA and due out in 2006, says Tama Donaldson, the company’s spokeswoman. “We have completed clinical trials, and will be initiating more trials this year.”

Sontra Medical Corporation has a continuous monitoring device that works via ultrasound. Every morning, a patch is applied over a small area of skin that has been prepped with a Skin Permeation Device. The patch transmits ultrasound to body fluids to monitor glucose rate.

Sean Moran, Sontra’s chief financial officer, reports that hospital intensive care units will get the device in 2007, and home units will be available in 2008. “Because of the level of skin permeability, you’re getting a reading every second — so it provides better accuracy,” he tells WebMD. One finger prick daily is necessary to calibrate the device.