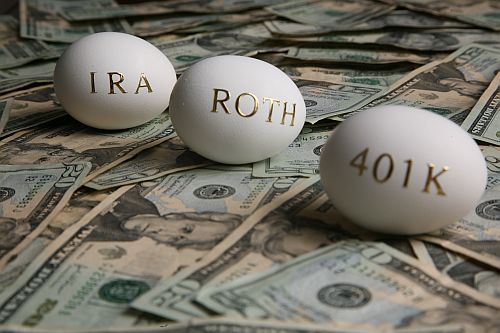 The precious funds that Americans squirrel away for retirement are vulnerable to conflicts of interest, Department of Labor officials said yesterday as they proposed regulatory changes intended to strengthen retirement investment advice.

Editors Note: This article was originally published on April 15th, 2015.

The proposal was opened for public review today and will open for public comment on April 20.

The proposals would require more financial advisers to put clients’ needs ahead of their own, adopting the so-called fiduciary standard when advising clients on their retirement accounts. The current rules leave the door open for conflicts of interest that cost retirement savers a collective $17 billion a year, according to a report this year from the White House Council of Economic Advisers.

The stakes for successful retirement investing are much higher than they were in the mid-1970s, when the existing rules were written as part of the Employee Retirement Income Security Act. Back then, most retirees could rely on a pension from their former employer, and many also enjoyed employer-sponsored retiree health coverage. Today, by contrast, most of us are on our own when it comes to ensuring a comfortable retirement.

Americans saving in 401(k) plans are generally limited to the investment choices that their employer offers. But when we roll over those assets into an individual retirement account (IRA), the options expand exponentially.

Many investors turn to financial professionals to help them navigate their options for their IRA. Yet investors are often unaware that their adviser may be putting his financial gain above their own.

Brokers are held to a “suitability” standard, which requires only that they sell products that are suitable for a client. Some of these advisers are paid by commission, which can give them an incentive to steer clients toward the investment products that offer the advisers the fattest payout.

A typical worker who receives conflicted advice when rolling over a 401(k) balance to an IRA at age 45 will lose an estimated 17% from her account by age 65, according to a White House illustration. So if that worker has $100,000 in retirement savings at age 45, it would grow to $179,000 with conflicted advice by age 65, versus an estimated $216,000 without the conflict of interest.

Registered Investment Advisers (known as RIAs) are today held to a higher, fiduciary standard. This means they must always act in the client’s best interest.

The proposed changes do not require Congressional approval and could be implemented by the Department of Labor once the public comments have been considered.

The brokerage industry has opposed such changes on the grounds that they will limit access to retirement education and advice for millions of savers, especially those of moderate means who cannot afford the fees charged by RIAs.

In a likely attempt to thwart industry criticism, yesterday’s proposal wouldn’t ban commissions. Instead, the proposed new regulatory package will balance “long-overdue consumer protections with flexibility for the industry to minimize disruptions to current business models,” according to the Department of Labor.